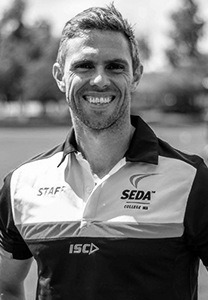 Rocky has spent time working across different sectors in education, including both the government and non-government systems, and has demonstrated experience in building educational culture and leading whole school approaches to teaching and learning. Whilst at Merrylands College, Rocky led the College through a merger and re-brand that included three separate schools merging to form what is now William Ruthven College. Rocky’s passion for leading educational culture is evident in the relationships he builds with his staff, students and wider College community. It is his belief that every student has the right to experience a successful education, and that success should defined in partnership with the individual students within the College.

Rocky formed part of the inaugural team when SEDA Group commenced in Western Australia in 2013 and was appointed Principal of SEDA College WA upon successful registration for 2021.

Nicole’s studies in Psychology merged with her passion for education early on in her career as a lecturer and trainer in the VET sector where she gained most fulfillment working with learners from disadvantaged backgrounds and at-risk youth. Her opportunity to advocate for student centred education at a systemic level came with her appointment at the then Curriculum Council of WA as a Principal Consultant for Vocational Education and Training (VET) where she was instrumental in the development of programs and recognition arrangements within the WACE for non–traditional education programs, brought about by the raising of the school leaving age in Western Australia.

During her sixteen-year career in VET and secondary education, she has worked as a consultant for the School Curriculum and Standards Authority, Department of Education and the non-government school sector as well as leadership positions in schools and on school Boards.  This unique perspective and understanding of the complexities of operating at the intersect between education, training and industry has enabled her to provide strategic advice and leadership at state and national levels on education and training matters and positively contribute to the system’s capacity to meet student needs.

Nicole’s is a strong advocate for innovative, personalised education that recognises young people’s talents and empowers them to reach their potential. The basis for her support of SEDA since its introduction into WA in 2013 is its innovative education model and the opportunity it provides young people to engage in meaningful , real world, student-centred education. 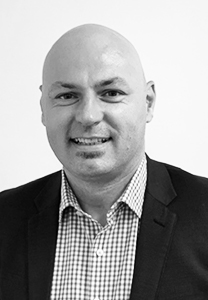 As the Chief Customer Officer for FinTech market leader Sandstone Technology, Ross is responsible for leading the global Marketing, Sales, and Partnerships across Australia, New Zealand, Asia, and Europe.  Ross has over 20 years’ experience in financial services holding regional and national executive, consulting, and leadership roles at not-for-profit organizations, SMEs, Barclays, Lloyds TSB in the UK, Westpac Group, and BT Financial Group in Australia.  He is known for exceptional revenue performance, leading high-performing teams to deliver customer digital transformation strategies to achieve commercial outcomes and vision, particularly in challenging or growth markets. In addition to being a passionate banking, financial services, and technology executive, Ross is also an active champion of mental health and education. He holds an undergraduate degree from the University of Kent in Canterbury, is an AGSM Graduate in Executive Leadership and is a member of the Australian Institute of Company Directors and the Director Institute.

Kellie is an Assistant Commissioner, Western Australia Police Force. With 35 years of policing experience she has focussed much of her career on child protection issues. She was the driving force behind the establishment of the WA Police Cyber Predator Team and the Australian National Child (sex) Offender Register (ANCOR) and was the Registrar for the State.  Kellie was also the Chair of the National Investigations Management Group responsible for implementing the National Strategy to Counter Online Child Sex Abuse.

She has held senior executive positions as the Assistant Commissioner Metropolitan Region operations, Chief Information Officer and is currently leading the Strategy and Legal Portfolio.

Kellie is a Director on the Board of Police & Nurses Limited.  With a passion for supporting others she is engaged with Australian Rules Football through her roles as Leadership mentor for the Fremantle Football Club AFLW and the Subiaco Football Club men’s league.

She is a Graduate of the Australian Institute of Company Directors, Graduate of Leadership WA and is an Executive Coach. 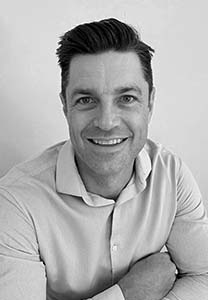 Ben is a police officer with the WA Police Force who holds a diverse level of legal, investigative and management experience. During his 19 year career, Ben has spent the majority of his time as a Detective and a Police Prosecutor, and currently works within the Strategy and Legal Portfolio.

Ben holds a Bachelor of Laws with First Class Honours, a Graduate Diploma in Legal Practice, and has been admitted to practice in the Supreme Court of Western Australia. During his time as a Prosecutor, Ben has facilitated the WA Police Force involvement in criminal justice initiatives such a supporting access to diversionary schemes for first time offenders, and justice projects aimed at ensuring Indigenous members of society are not unnecessarily detained in custody. Ben has provided input into a range of proposed criminal law reforms and has advocated in high profile prosecutions in the Magistrates Court.

Ben undertakes various volunteer and charity events which are typically integrated into sport. In 2019, Ben was part of a team of prosecutors and defence counsel from Aboriginal Legal Service who raised funds through their joint participation in the Rottnest Channel Swim. The proceeds were raised for the Youth Partnership Project – a collaborative venture that strives to keep children out of the criminal justice system. 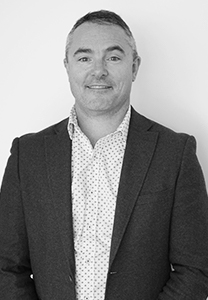 Nick is part of the SEDA Group Executive Team in the role National Development Manager. He has played a key role in leading the national expansion of the SEDA Education Model into WA, NT, NSW and SA.  He has established and manages more than 60 National, State and professional sporting industry partnerships. Nick also leads SEDA’s National Indigenous Strategy and as a result, SEDA has more than 150 Indigenous students enrolled in metropolitan, regional and remote settings across Australia. He also sits on the board of SEDA College SA.

Nick graduated from a Bachelor of Education at Victoria University in 1998 majoring in Outdoor Education and Health. He has more than 20 years’ experience in education and training, professional sport, community development and corporate social responsibility. He has extensive experience managing successful partnerships between government, corporate, industry, education, training, not-for-profit and philanthropic organisations.

Previous roles include Community Manager at the Essendon Football Club, Community and Industry Partnerships Manager at the Brotherhood of St Laurence and School Teacher within the Victorian education system. 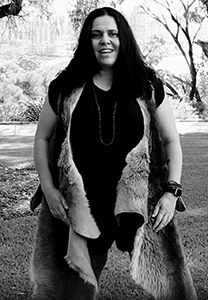 Ingrid is the founder and principal consultant of Kart Koort Wiern consultancy, representing First Nations Business globally for over ten years, alumni of Murdoch University and Melbourne Business School. Ingrid was part of the establishment of the Indigenous Women in Business network and has served as a Commissioner for Conservation for the WA state government.

Ingrid has worked with a variety of sectors and organisations, creating, facilitating and evaluating programs and strategies to address their issues and strengths.

Ingrid has won and been a finalist in a range of awards like NAIDOC Perth, Telstra Women in Business, Curtin Vice-Chancellor Awards, ‘Champion for Change’ by EPHEA (Equity Practitioners in Higher Education Australasia), WA Heritage Awards and Belmont Small Business Awards.

Ingrid has presented at various forums and conferences around the world in relation to engagement, equity and diversity matters including as a delegate at the UN Women Leaders Conference in Israel in 2013, TedXPerth in 2014 been on various TV programs, including the Drum in 2021.
Ingrid is a strong ally of LGBTIQ, First Nations, Youth and diverse groups, stakeholders and organisations.